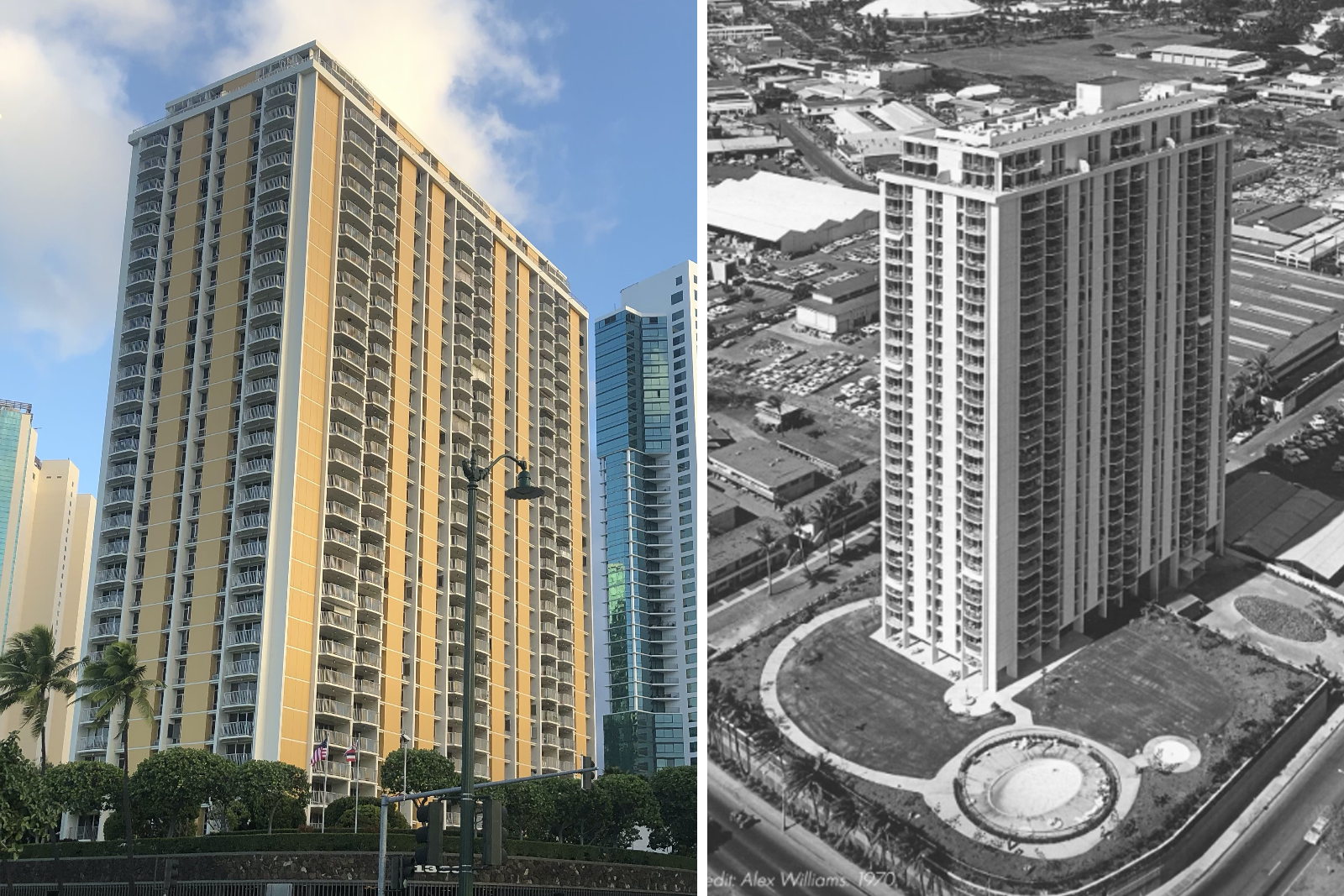 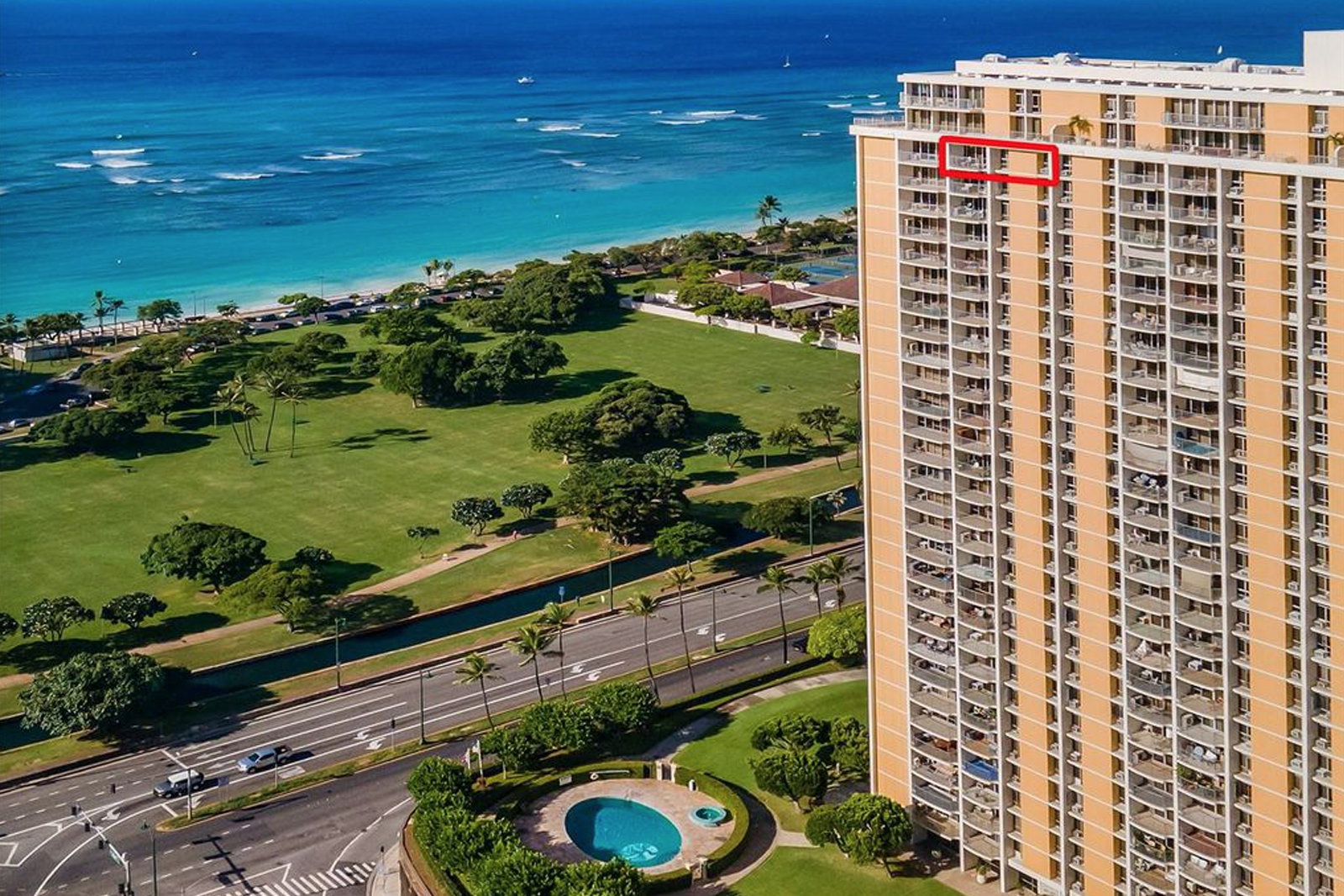 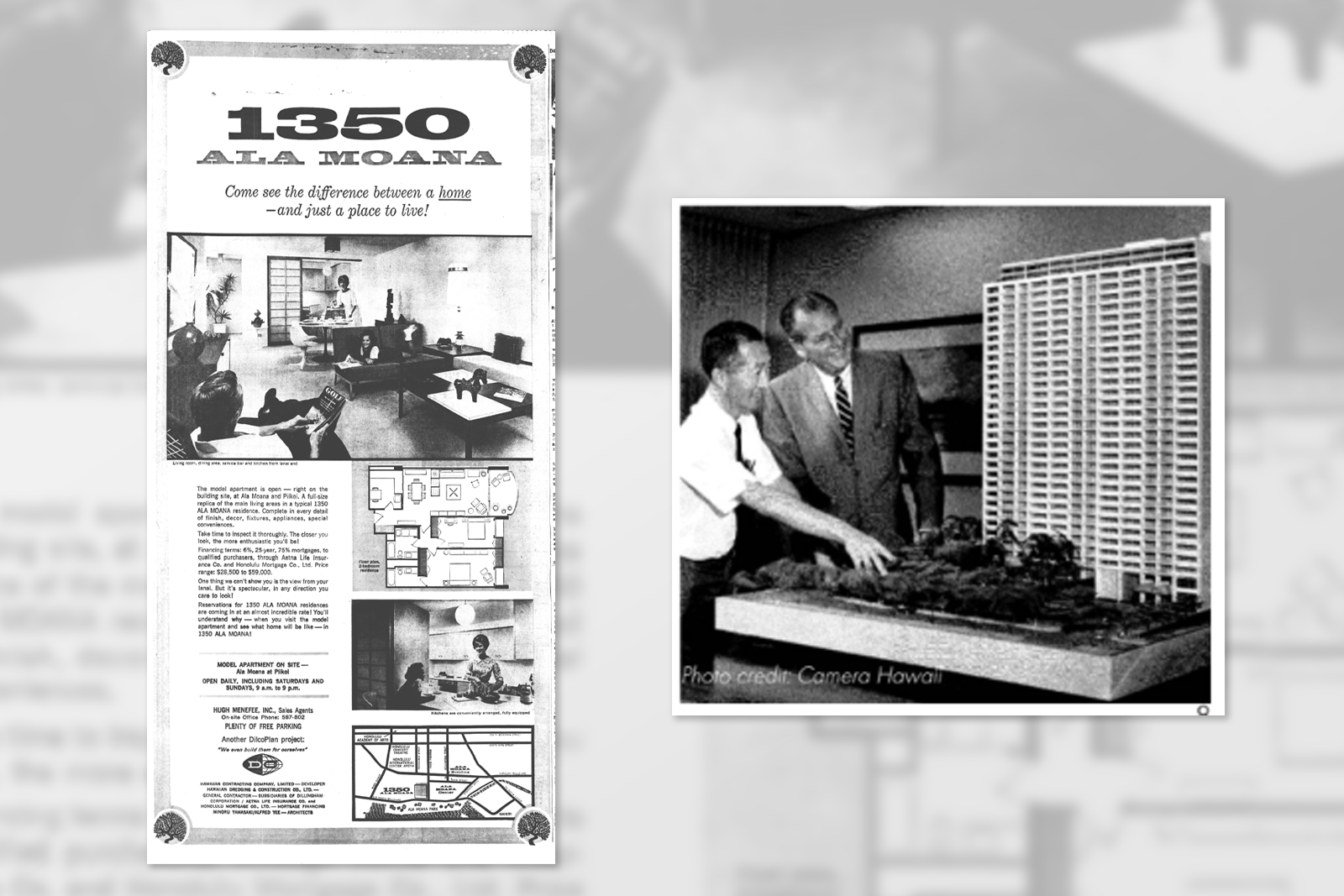 1350 Ala Moana was designed by “two internationally-known  men”, describing Yee as a structural engineer who is recognized as a world leader in the manufacture and use of prestressed concrete.

Alfred Yee and Minoru Yamasaki designed the Queen Emma Gardens on Nuuanu Avenue prior to this building.  Many similar design and engineering concepts from QEG are reflected in the design, like the precast concrete paneled walls sandwiched between two slender windows used for lateral forces.  The same precast concrete sunshade shape used on the QEG, is reinvented as a balcony in this building design.

Developed by Dillingham Corporation (Dilco) and built over the previous Dilco main headquarters, the rectangular building form is perpendicular to Ala Moana Boulevard, designed to provide an unobstructed panoramic view of either Diamond Head to the sea, or Honolulu Harbor to the Waianae Mountains.

Standing at 309 feet high, using a mixture of prestressed concrete and cast-in-place elements, this 34-story, 353-unit building was the largest luxury residential condominium and the tallest building along Hawaii’s skyline when completed (exceeding the height of the Ilikai).  This building started an uproar of concerns from local television stations, blaming tall buildings for interfering with TV signals to parts of the island.

The location was called “the hub of Honolulu”, all in easy access to shopping, recreation and business, by car, bus, or in walking distance.  Dilco hoped to eventually ring the shopping center with buildings, in order to have “built in customers” to boost the center’s sales.  Part of Dilco’s income at the time was based on a percentage of the shopping center’s retail volume.

Amenities included a landscaped garden setting with a large (44’ x 32’) fenced oval swimming and wading pool for “youngsters”, with space around for relaxing and sunning.  All of the units had 2 bedrooms and 2 bathrooms, serviced by four high-speed elevators.  Air conditioning was an option and if AC was desired, wiring was installed for installation later.

To promote sales of the units, a full scale and fully appointed model of a typical apartment was built on the site.  The model was “tastefully furnished by architect  Yamasaki, with handsome contemporary pieces in brilliant colors”.  It was dismantled when the building’s construction was ready to start. 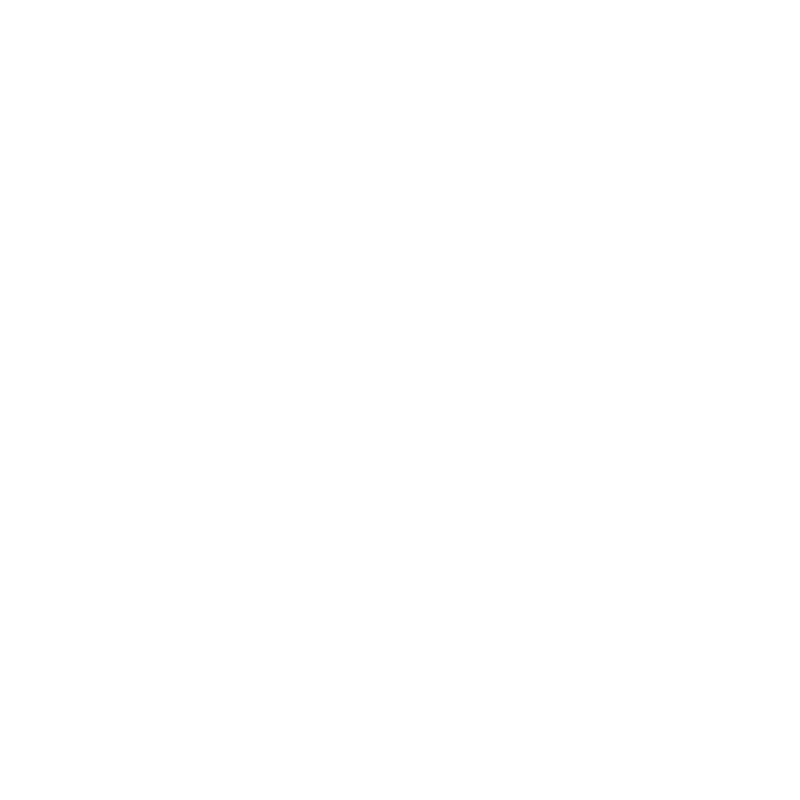